Some people are adamant that fashion is not art. This online exhibit proves them wrong. 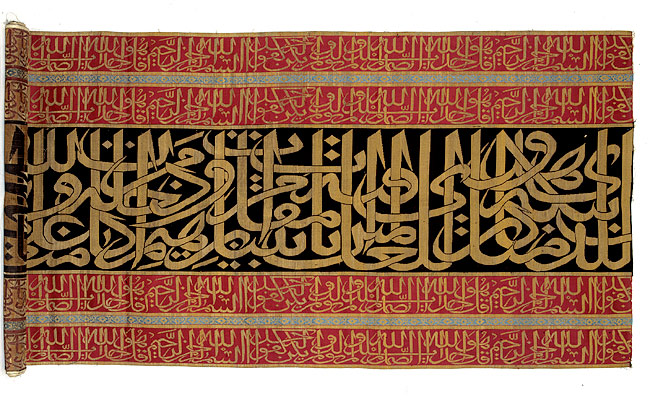 The Freer Gallery of Art and the Arthur M. Sackler Gallery at the Smithsonian Museum of Asian Art have created an online exhibit that features highlights from their 2005 exhibit entitled Style and Status: Imperial Costumes from Ottoman Turkey. The online exhibit is beautifully curated with interactive close ups of the costumes that are so detailed you can actually see the fabric grain. What’s so special about the Ottoman Empire? According to the press release in 2005:

“Three weaves were dominant: velvet (kadife), featuring a three-dimensional surface with some areas of pile and some of metal thread; brocade (kemha) and cloths of gold and silver thread (seraser)—the most expensive and luxurious. In the mid-16th century, Ottoman taste increasingly favored large, bold designs, such as medallions, stylized tiger stripes, and a triplespot design known as “çintamani” (literally, “auspicious jewel”). By repeatedly combining the similar motifs in different scales and patterns, the Ottomans were among the first to use recurrent motifs to create a dramatic and distinct visual language—a quintessentially “Ottoman brand”—that became identifiable with the empire’s centralized political strength and growing economic power—its style and status.”

If you are an educator and would like to incorporate this amazing online resource into your lessons, you can get some ideas from the resource for educators with a 4-part classroom activity that accompanies the exhibit.

Other online exhibits: The Freer Gallery of Art and the Arthur M. Sackler Gallery at the Smithsonian Museum of Asian Art